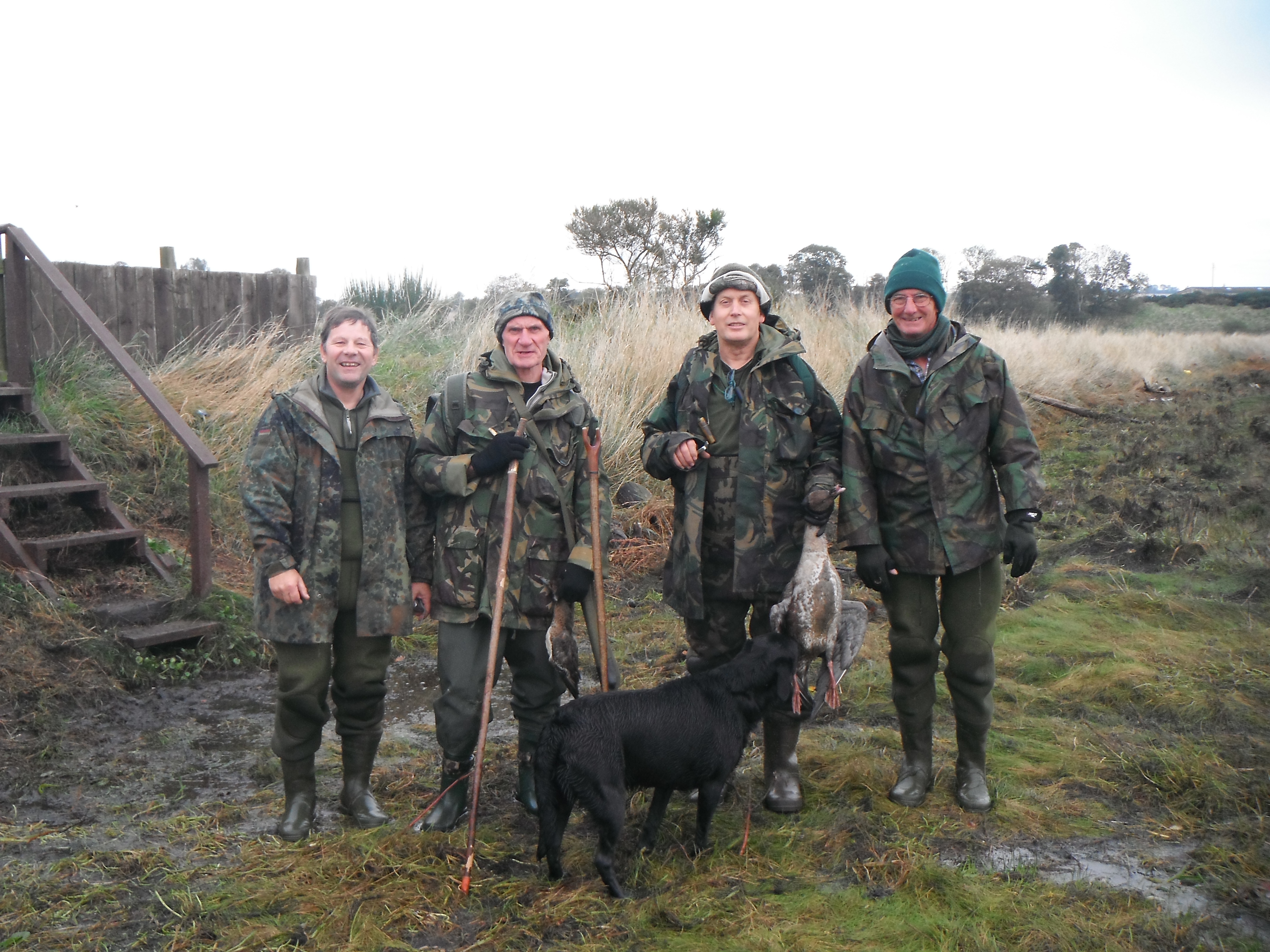 5 NWA members had a foray to the Montrose Basin in October 2014.

An estimated count of 40,000 pinks were in the area. A gale force wind on Monday morning provided the best sport with all guns securing geese.

A modest hard earned bag was achieved over the week. One of the highlights was observing an Osprey on passage.

All enjoyed the week and look forward to returning next season. 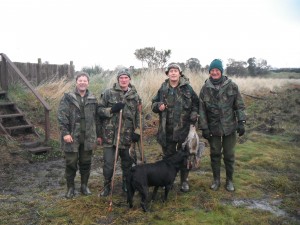 After the last morning flight 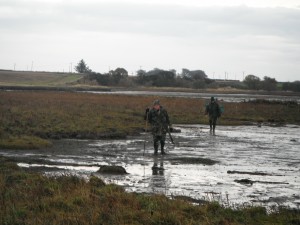 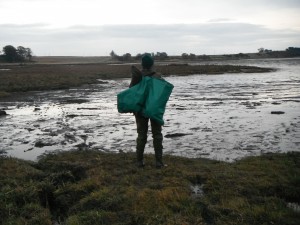 Whats on Colin’s back?… Is it a hand glider or a beer tent? 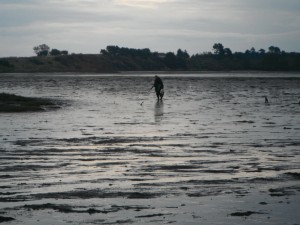 Rob and his dog returning from a long, muddy retrieve. 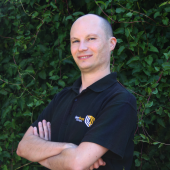 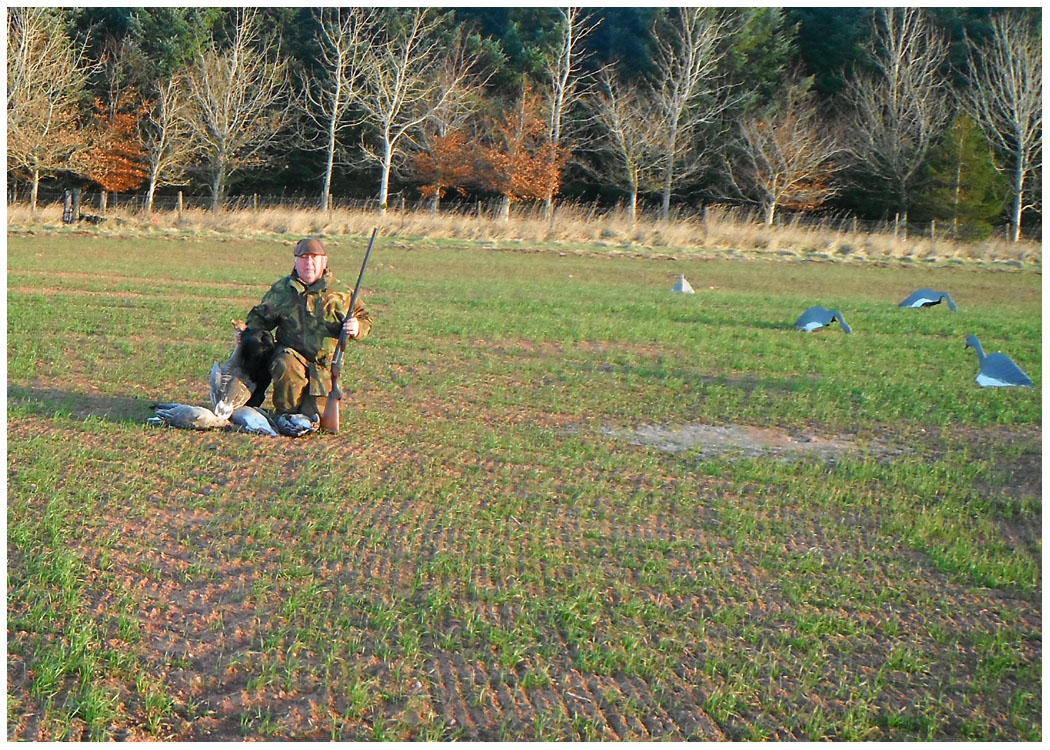